You’ve got a problem.

You’re back to work, your eight year old Explorer has suffered the ravages of three young children, and though it’s been a faithful companion, it’s time. It’s gotta go.

Those kids aren’t so small anymore. They’re going through early teen growth spurts, and the oldest will be driving soon enough. You’ve had the conversation with yourself, that you actually need a bigger vehicle. The boat can’t get to the cottage by itself, those ski trips hopefully will be back in the winter and frankly, after the last few months, you want something new as a reward for just getting through to now.

You’re not alone. New vehicle sales are bouncing back. They’re still about 20% below the numbers from last year, but in some segments, they’re roaring back with a vengeance. With lower gas prices, full size SUVs are just as popular as ever.

What are you going to do? Chevrolet has released a brand new 2021 Tahoe. You can get it now. The vehicle that’s bigger than your Explorer from Ford is the Expedition. It’s still a 2020, and the 2021 is still some months off. Do you wait and keep a Ford in the family, or jump to a Tahoe?

Automobl is here to help you make up your mind. Let’s see how the 2020 Ford Expedition stacks up against the 2021 Chevrolet Tahoe. You’ll need to spend north of $60,000(!) for each vehicle, and we’ll put four wheel drive on the Tahoe (it’s standard on Canadian Expedition models) to level the playing field. It’s a full size SUV slugfest.

As you’d expect, there’s a really, really long list of Common Equipment on these vehicles. Dual zone air conditioning, with separate air conditioning for the kids in the back, WiFi hot spot for the kids in the back, cup holders for the kids in the back, well, you get the idea. You’ll be able to keep tabs on the kids when they’re driving with Ford’s MyKey and Chevrolet’s Teen Driver feature (Supervised driver settings in Automobl parlance) where you can set limits on speed of the vehicle and even the area where the kids can drive. That’ll be perfect for your fifteen-year-old going on twenty eight. There’s lots of USB charging points for phones and other devices. You know, for the kids. As well, there’s lots to keep them safe with Forward collision warning, Pedestrian detection and Tire pressure monitoring.

Now things get really, really interesting. Tahoe is a clean sheet design. When Chevy says, “all new”, they aren’t kidding. All new architecture, with new front and rear suspension, a longer wheelbase, more cargo space, an available Diesel engine and a 10-speed automatic transmission. Let’s see how it compares with the Expedition that’s been on the market with minor updates since 2017.

The Expedition wins the Automobl Value Comparison by a landslide. It has an MSRP advantage of more than $2,000 which is almost matched by its Automobl Feature Advantage. The big number items of a Navigation system and Adaptive cruise control vault Expedition ahead of Tahoe. Superior horsepower and especially torque numbers will make it easy to keep towing that boat to the cottage.

But now, have a look at the size Expedition’s people space. More rear head and legroom. It’ll be a tight squeeze in Expedition’s third row for your growing brood, but it’s made up for by the superior third row hip and shoulder room.

As the 2020 model year comes to a close, stock will be limited for 2020 Expeditions as dealers get ready for the 2021s. But in the meantime, today’s Expedition is worth a serious look over the brand new Tahoe. Will Expedition’s better fuel economy tip it in your favour? Or having something brand new, right now be just too tempting. Try the other model and trim combinations using the Automobl Comparison Tool to confirm which of these full size SUVs is right for you. 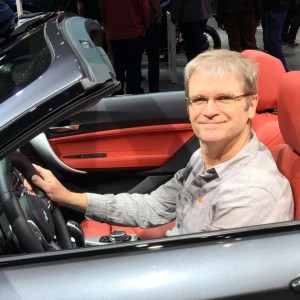 Get the latest from Automobl

Don’t miss out. Delivered right to your in box.